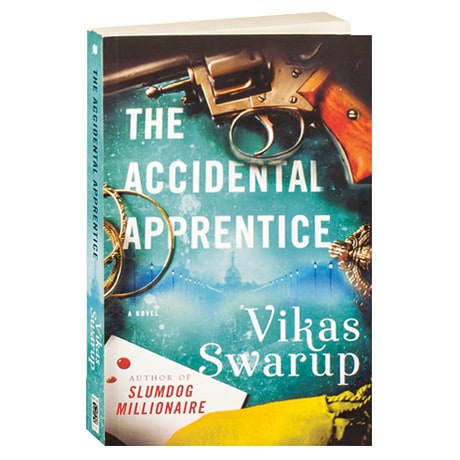 Following Six Suspects and Q&A—the novel that inspired the 2008 Oscar winner Slumdog Millionaire—Indian novelist and diplomat Vikas Swarup here tells a modern fable of the power of dreams. Sapna Sinha is supporting her mother, working as a salesgirl in an electronics store in downtown Delhi, when she is approached by Vinay Mohan Acharya, one of India's richest men. He will bestow on her a thriving business empire worth $10 billion dollars—all she has to do to become the CEO is to pass seven increasingly challenging tests from the "textbook of life." But are these tests truly preparing her for the job, or is Acharya playing a game that will land her in jail?

"Swarup puts a distinctively Indian spin on this thoroughly enjoyable crime novel with a scenario that will remind many of The Hunger Games."—Publishers Weekly (starred review)

"Swarup's voice has a magical quality—an essential kindness, a likeability.... Like the Bollywood dance at the end of Slumdog Millionaire, it is oddly uplifting and joyful."—Sunday Times (London)

"A chance encounter results in an unbelievable offer for 23-year-old Sapna Sinha. Billionaire industrialist Vinay Mohan Acharya approaches saleswoman Sapna, the family breadwinner since her father's untimely death, as she leaves a temple in Delhi on her lunch hour, offering to make her CEO of his huge conglomerate if she can pass seven tests of character 'from the textbook of life.' Facing a family financial crisis, a suspicious Sapna reluctantly accepts the offer and soon displays leadership, integrity, courage, foresight, resourcefulness, and decisiveness, according to Acharya, in seemingly random situations, ranging from preventing an arranged marriage to breaking up a sweatshop employing children to acting to save her sister's dreams and her mother's life. But things go awry in the course of the last, most difficult test, leaving Sapna facing the death penalty and confirming that people are not always what they seem.... Swarup is a skilled storyteller who doesn't hesitate to take on some of the most troublesome issues of his native land—corruption, caste, color, tradition—as he also captures and celebrates its sights and sounds in this fast-moving mystery."—Booklist