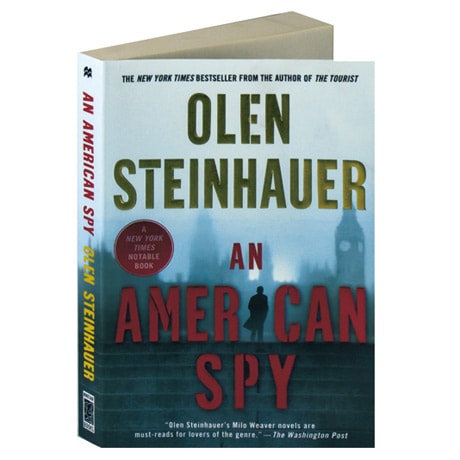 (A New York Times Notable Book of 2012) Milo Weaver is still haunted by his last job, in this third thriller in the series by Olen Steinhauer (following The Tourist and The Nearest Exit). As an assassin for the Department of Tourism, a black ops group buried deep in the offices of the CIA, he struggled to keep himself sane in a paranoid and amoral profession. Now that the department has been destroyed, he can finally return to family life. But his former boss is not so settled; over Weaver's objections, Alan Drummond is out for revenge on the Chinese spymaster that exploded the department from within. And when Drummond disappears, Weaver is sucked back into the game.

"The action is lickety-split and spiked with exceedingly satisfying spy craft."—NYTimes

"This ambitious, complex story spans the globe. Even when the intricacies of its plot are most challenging, we are fascinated and swept forward. Steinhauer has been likened to John le Carré and rightly so. Both men carry readers deep into a rival spy agency, one Soviet, one Chinese.... Zhu may in time be to Weaver what the Soviet spymaster Karla was to Le Carré's George Smiley. Olen Steinhauer's Milo Weaver novels are must-reads for lovers of the genre."—Washington Post

"Not since Le Carré has a writer so vividly evoked the multilayered, multifaceted, deeply paranoid world of espionage, in which identities and allegiances are malleable and ever shifting, the mirrors of loyalty and betrayal reflecting one another to infinity. In this intensely clever, sometimes baffling book, it's never quite clear who is manipulating whom, and which side is up."—NYTBR