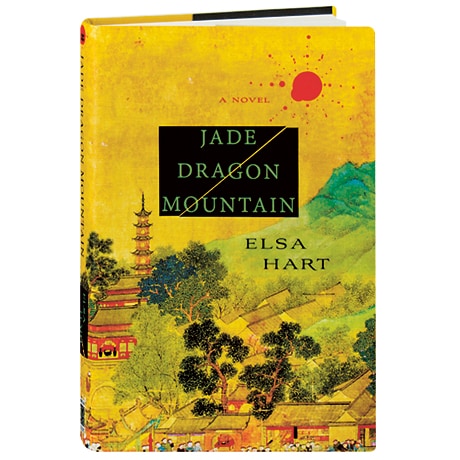 On the mountainous border of China and Tibet in 1708, a detective must learn what a killer already knows—that empires rise and fall on the strength of the stories they tell—in this remarkable debut novel from a globetrotting author. Li Du was an imperial librarian; now he is merely an exile. Arriving in Dayan, the last Chinese town before the Tibetan border, he is surprised to find it teeming with travelers, soldiers, and merchants. All have come to this remote province for an unprecedented spectacle: an eclipse of the sun commanded by the Emperor. When a Jesuit astronomer is found murdered in the home of the local magistrate, blame is hastily placed on Tibetan bandits, but Li Du suspects this was no random killing. Everyone has secrets: the ambitious magistrate, the powerful consort, the bitter servant, the irreproachable secretary, the East India Company merchant, the nervous missionary, and the traveling storyteller who can't keep his own story straight. Beyond the sloping roofs and festival banners, Li Du can see the mountain pass that will take him out of China forever—he must choose whether to embrace his exile and leave, or stay to investigate a murder that the town of Dayan seems all too willing to forget.

"Perfectly melds history with the mystery genre for a lush look at China on the cusp of change. Set in the early 1700s, Jade Dragon Mountain delivers a compelling look at Chinese politics, culture and religion, delivering the complexities of each with a character-rich story.... One of the year's most engrossing debuts."—Washington Post