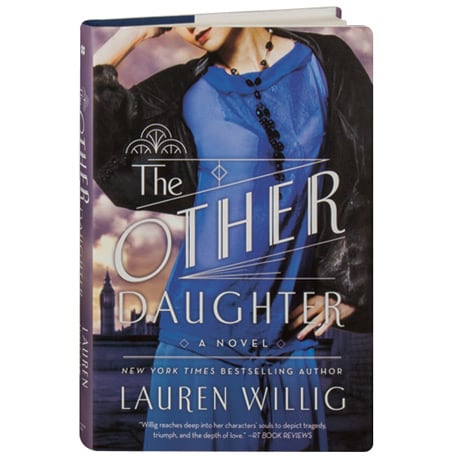 Raised in a poor yet genteel household, Rachel Woodley is working in France as a governess when she receives news that her mother is ill, in this 1920s literary romance from the creator of the Pink Carnation historical series. After her mother dies, Rachel returns to the small town in England to clear out the cottage where she grew up, and finds a three-month-old society magazine clipping with a photograph of her supposedly long-deceased father. He's an earl, respected and influential, and he is standing with another daughter—his legitimate daughter. Grief-stricken and furious, Rachel sets herself up in London and joins the crowd of Bright Young Things, hoping to expose her father's perfidy. But Rachel soon comes to rather like her half-sister Olivia—and she might be falling in love with Olivia's fiancé.