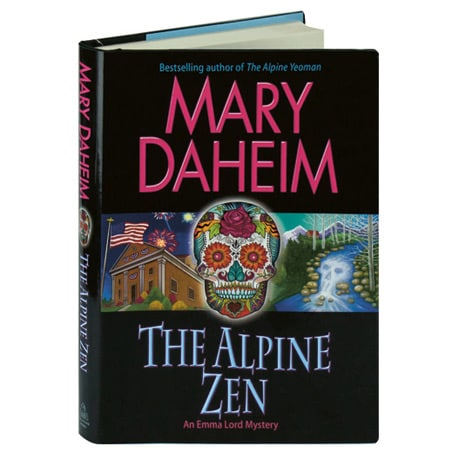 Beginning with The Alpine Advocate in 1992, and continuing with The Alpine Betrayal, The Alpine Christmas, all the way to The Alpine Yeoman, Agatha Award nominee Mary Daheim has taken us back again and again to the cozy community of Alpine in the foothills of Washington's Cascade Mountains, where Emma Lord has edited the local paper that gave the first book its name. Here in the "lively and satisfying" (Library Journal) 26th mystery in the series (we have reached the "Z" title), an early summer heat wave beats down on Alpine, and Emma and her staff are treading very lightly around Vida Runkel, the paper's House and Home editor, who apparently is in a major snit and refuses to speak to her colleagues. So when a peculiar young woman walks in claiming her parents have been murdered, and that she's also in mortal danger, it just seems like more heat-related craziness. Then Vida vanishes without a word to anyone. And just as Emma and her husband, Sheriff Milo Dodge, set about unraveling these tangles, a male body, dead too long to identify, surfaces at the town dump—making what seemed merely weird feel downright sinister. Daheim's deliciously gripping novel tingles with the town's distinctive brand of gossip, love affairs, feuding, and dirty secrets.