The Iliad: A New Translation 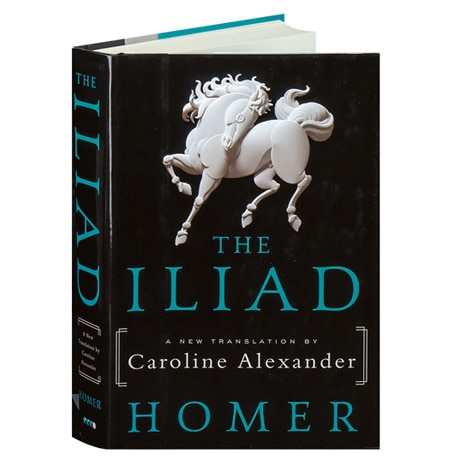 The Iliad: A New Translation

Composed around 730 BC, Homer's Iliad recounts the events of a few momentous weeks in the protracted ten-year war between the invading Greeks and the Trojans in their besieged city of Ilion. It evokes in searing detail the fate of everyone ravaged by the fighting, becoming a sweeping evocation of the destruction of war throughout the ages. The author of The War That Killed Achilles: The True Story of the Trojan War, classicist Caroline Alexander renders this founding work of Western literature in a new translation that is swift and lean, while remaining faithful to the driving cadence of its source and maintaining a similar structure, allowing scholars to compare it directly with the original.

"This powerful and readable version of The Iliad is modern without sacrificing the accuracy, energy, or the seriousness of the original."—Library Journal

"True to the living word of the original Greek, Caroline Alexander's new translation invites us to engage directly with this tradition. When I read her verses I can almost hear the music of Homeric performance."—Gregory Nagy