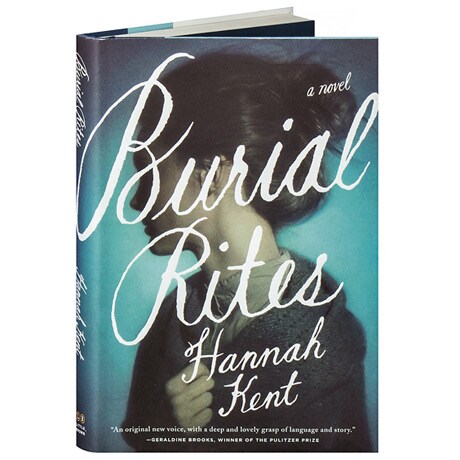 (Finalist for the Guardian First Book Award and the Baileys Women's Prize for Fiction [formerly the Orange Prize]) In her brilliant literary debut, inspired by the true story of a young woman accused of murder in Iceland in 1829, Australian writer Hannah Kent vividly tells the story of Agnes, charged with the brutal murder of her former master and sent to an isolated farm to await execution. Horrified at the prospect of housing a convicted murderer, the family avoids Agnes. Only Tóti, a priest whom Agnes has mysteriously chosen to be her spiritual guardian, seeks to understand her. But as Agnes's death looms, the farmer's wife and their daughters learn that there is another side to the sensational story they've heard. Lyrical and riveting, the book evokes a dramatic existence in a distant time and place, and wonders—how can one woman hope to endure when her life depends upon the stories told by others?

"Here is an original new voice, with a deep and lovely grasp of language and story. Hannah Kent's first novel ... is an accomplished gem, its prose as crisp and sparkling as its northern setting."—Geraldine Brooks

"Deeply emotional [and] gripping.... A cross between the grim, moorish atmosphere of Wuthering Heights and the cold, religiously-infested repression of a Bergman film, Kent's novel emerges alive, triumphant and sublimely poetic."—Shelf Awareness

"Kent's debut delves deep into Scandinavian history, not to mention matters of storytelling, guilt, and silence. Based on the true story of Agnes Magnúsdóttir, the novel is set in rural Iceland in 1829. Agnes is awaiting execution for the murder of her former employer and his friend, not in a prison—there are none in the area—but at a local family's farm. Jón Jónsson, the father, grudgingly accepts this thankless task as part of his responsibility as a regional official, but his wife and daughters' reactions range from silent resentment to outright fear. After settling in to the household, Agnes requests the company of a young priest, to whom she confesses parts of her story, while narrating the full tale only to the reader, who, like the priest, provide her with a final audience to her life's lonely narrative. The multilayered story paints sympathetic and complex portraits of Agnes, the Jónssons, and the young priest, whose motives for helping the convict are complicated. Kent smoothly incorporates her impressive research—for example, she opens many of the chapters with documents that come directly from archival sources—while giving life to these historical figures and suspense to their tales."—Publishers Weekly