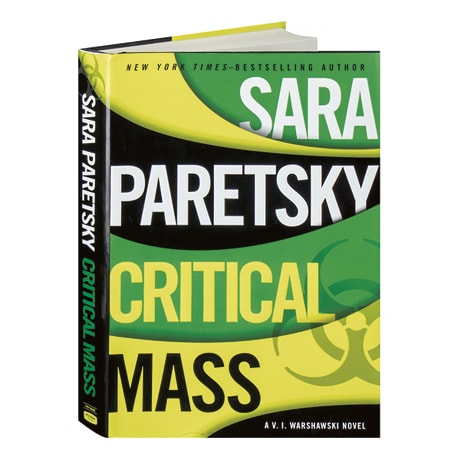 Chicago private eye V.I. Warshawski's closest friend is the Viennese-born doctor Lotty Herschel, who lost most of her family in the Holocaust. Lotty escaped to London in 1939 on the Kindertransport, along with her playmate Kitty Binder. So Vic is glad to help when Kitty's drug-addicted daughter Judy thinks her life is in danger—especially after Judy disappears. Also missing is Judy's son Martin, a brilliant young physicist, who may have stolen company secrets relating to the wartime atom bomb work in Chicago; the secrets may be old, but the people who guard them today will not let go of them without a fight, and Sara Paretsky ratchets up the suspense with flashbacks to Lotty's Austrian childhood, in this outstanding 17th entry in the series. Since 1982, when V.I. Warshawski first appeared in Indemnity Only, Paretsky has been helping transform the image of women in crime fiction, and in the process has been named an MWA Grand Master and earned the CWA's Diamond Dagger. Hot-tempered and fiercely independent, Vic is unafraid of physical confrontations, relying on her karate skills and her Smith & Wesson.

"This is Paretsky at her best, describing with a reporter's eye and a painter's vision the light and texture of a place. A scene that throbs with menace concludes with a shock. Yet the tension, palpable from the first page, is sustained and deftly heightened by brief flashbacks to a wartime and postwar world of shifting loyalties and dangers.... Warshawski, for her part, must confront not only killers but also crooked federal agents. Which she does, as always, without breaking her stride."—Washington Post

"As in previous V.I. Warshawski mysteries, Paretsky works elements of Chicago history into the story, this time referencing the city as a nexus for atomic research and linking the science to the work conducted in Austria during the Nazi occupation.... It's clear V.I. has several puzzles to solve, and, as usual, she becomes the proverbial stick in the hornet's nest, putting herself at risk as she follows a twisted trail of ruined lives rooted in the international race to develop an atomic weapon. Vic is at her stubborn, reckless, compassionate best in this complicated page-turner about selfish secrets passed down through generations. Paretsky has been on a roll lately, her long-running, trailblazing series at its most dynamic since the early days."—Booklist (starred review)