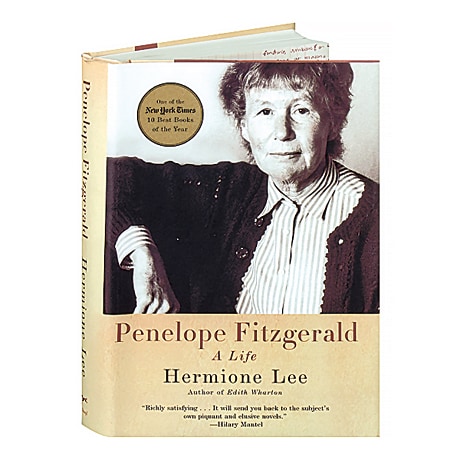 (A 2013 New York Times Best Book of the Year and the winner of the 2013 James Tait Black Memorial Prize and the 2015 Plutarch Award) Following biographies of Edith Wharton, Virginia Woolf, and Willa Cather, Hermione Lee here gives us a life of Penelope Fitzgerald, a great English writer whose career didn't begin until she was nearly 60, yet who would go on to win some of the most coveted awards in literature, including the Booker Prize and the National Book Critics Circle Award. Lee, one of Fitzgerald's greatest champions, illuminates the remarkable writer's story through her own critical expertise. Born into an accomplished intellectual family and the granddaughter of two bishops, Fitzgerald led a life marked by dramatic twists of fate, moving from a bishop's palace to a sinking houseboat to a last, late blaze of renown. We see Fitzgerald's very English childhood in the village of Hampstead; her Oxford years, when she was known as the "blonde bombshell"; her impoverished adulthood as a struggling wife, mother and schoolteacher, raising a family in difficult circumstances; and the long-delayed start to her literary career. Fitzgerald's early novels draw on her own experiences—working at the BBC in wartime, at a bookshop in Suffolk, at an eccentric stage school in the 1960s—while her later books open out into historical worlds that she, almost magically, seems to entirely possess: Russia before the Revolution, postwar Italy, and Germany in the time of the Romantic writer Novalis. Fitzgerald's novels are short, spare masterpieces, and Lee unfurls them here as works of genius.

"It's a cliché of discourse about biographies to remark that a good one will send you racing back to read the subject's works. In this case, it happens to be true in a mighty way."—NYTimes

"The story that Lee's biography tells ... is not about patience on a monument but about talent buried under a heavy plinth, and discovered only just in time."—The New Yorker

"I can't praise Hermione Lee's elegant work enough, whether for its clear prose, clever organization (she discusses Fitzgerald's early novels when relating the events that inspired them), insightful criticism or amusing and horrifying anecdotes.... Any admirer of Penelope Fitzgerald's work—or, for that matter, any passionate reader—will enjoy this capacious, masterly biography. Like its subject's own late flowering, it is a triumph."—Washington Post