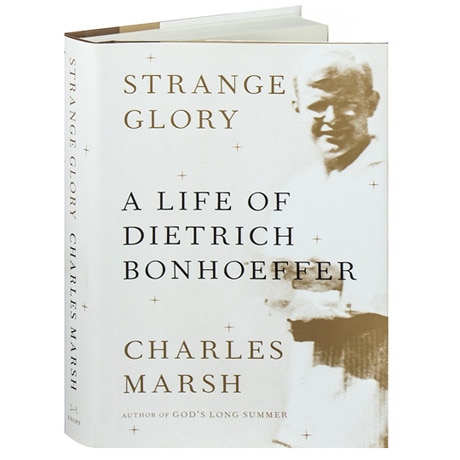 In the decades since Dietrich Bonhoeffer's execution by the Nazis in 1945, the German pastor, theologian, and anti-Hitler conspirator has become one of the most widely read and inspiring Christian thinkers of our time. From the start, says religious studies professor Charles Marsh, Bonhoeffer insisted that the essence of Christianity was not its abstract precepts but the concrete reality of the shared life in Christ—a search for fellowship that led him to America for the company of social reformers, Harlem churchmen, and public intellectuals. With the rise of Hitler, however, Bonhoeffer's journey took yet another turn, and his conscience led him to become one of the most conspicuous dissidents in Germany.

"[Marsh] renders Bonhoeffer's life and thought in exquisite detail and with sympathetic understanding ... [and] guides his narrative with a steady hand.... Here the paradox of a believer in the face of evil fully comes into focus.... We see Bonhoeffer's transformation from pampered scion and theological dilettante to energetic churchman and Christian martyr, all against the backdrop of cataclysmic changes in Germany."—NYTBR

"Masterly and comprehensive.... The matter of the legacy of Dietrich Bonhoeffer is at once straightforward and immensely complicated.... From such extravagant pluralism, can there be any coherence? Marsh suggests possible answers, but does so in a restrained and non-dogmatic fashion that seems appropriate to the evidence ... and thus provides ample resources for readers to arrive at conclusions at odds with his own."—New Criterion