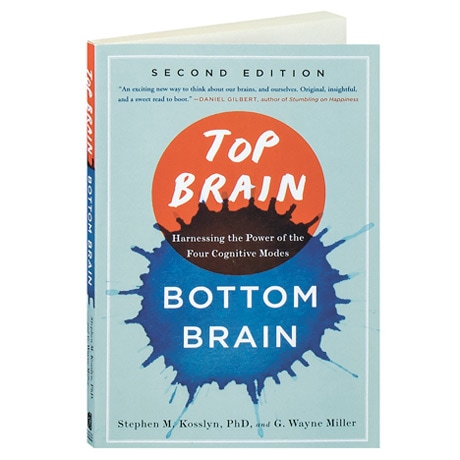 For half a century, we've referred to "right-brained" and "left-brained" thinking and personality, as though each side was somehow specialized for particular purposes. The only problem with that idea, says cognitive neuroscientist Stephen Kosslyn, is that it simply is not supported by scientific evidence. Teaming up here with journalist, author, and documentary filmmaker G. Wayne Miller, Kosslyn debunks the right-brain/left-brain theory to describe how the brain uses patterns of thought that can be identified and understood through four modes of thinking: Mover, Perceiver, Stimulator, and Adaptor. It is these ways of thinking and behaving that shape your personality, argues Kosslyn, and with the scientifically developed test provided, you'll be able to determine which mode best defines your own usual style. Once you've identified your usual mode of thought, the practical applications are limitless for everything from your work life and your negotiation skills to your personal relationships and your voyage of self-discovery.

"An invigorating thought-experiment on reassembling the brain's dynamic parts."—Publishers Weekly

"A bold new theory, with intriguing practical implications, formulated by one of America's most original psychologists."—Howard Gardner