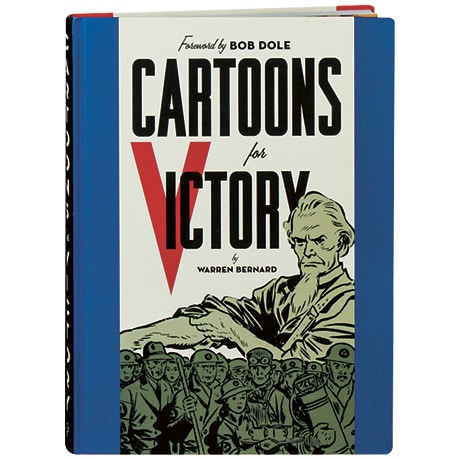 What did America's top cartoonists do during World War II? It was a time of blackouts, shortages, victory gardens, and scrap drives, while popular cartoon characters like Mickey Mouse, Donald Duck, Little Lulu, and Superman—and their cartoonist creators—made it their business to conquer wartime fears and pitch in to fight for victory. It was also a time of great social upheaval, with women flooding into factories, Japanese Americans forced into internment camps, and African Americans fighting for freedom abroad and equality at home. America's cartoonists aimed their pens not only at the enemy, but also at the problems, injustices, and changes at home, offering funny, sarcastic, and sometimes sobering commentary; included were such observers as Peter Arno, Charles Addams, Chester Gould, Al Capp, Harvey Kurtzman, Will Eisner, and Bill Mauldin, whose Willie and Joe cartoons are so closely identified with the war. This comprehensive collection of World War II cartoon art includes advertisements and magazine covers; cartoons from the newspapers and such publications as the Saturday Evening Post, Collier's, and The New Yorker; and old friends from the funny papers like Nancy, Little Orphan Annie, and The Timid Soul.