Across the Pond: An Englishman's View of America 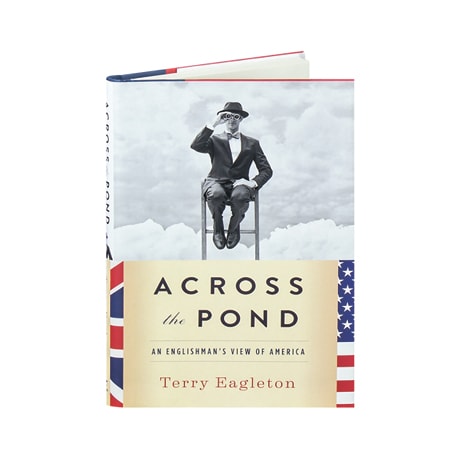 Across the Pond: An Englishman's View of America

Americans have long been fascinated with the oddness of the English, but Britons find their transatlantic neighbors just as strange, says literary critic Terry Eagleton in this quirky journey through the language, geography, and national character of the United States. Eagleton answers the questions that his compatriots have always had but, being English, dared not ask, like why Americans willingly rise at the crack of dawn, even on Sundays; why we laud our colleagues as "aggressive" or speak frequently of being "empowered"; or why we publicly chastise cigarette smokers as if we represent the surgeon general.

"His mode is that of a jocular anthropologist, pint in hand, chattily offering up his opinions."—New Republic

"Eagleton has taught at top universities, authored 40-plus books, and feuded with, among others, Richard Dawkins and Martin Amis. He's a Marxist and a Catholic (or at least was raised as one), and he traces his roots not to Manchester, where he grew up, but to Galway, from which his family migrated. So when Eagleton follows Tocqueville and Dickens in anatomizing the American attitudes and anomalies, he employs a complex collection of tools and perspectives. Across the Pond explores the language the U.S., the UK, and Ireland (where the author now lives) share but use quite differently. It ponders these nations' utterly distinct notions of the relationships between body and mind, mind and will, and will and reality, and their relative fondness for comedy and tragedy, satire and 'the gag.' Henry James figures here, but so do Thomas Aquinas and Milan Kundera. Eagleton sees much to admire in the U.S.—plus contradictions, hypocrisies, and refusals to face reality that deserve scorn. He closes with 'Modest Proposals' that urge Americans to learn, among other things, 'how to mock themselves' and 'how to use a teapot'."—Booklist