A Broken Hallelujah: Rock and Roll, Redemption, and the Life of Leonard Cohen 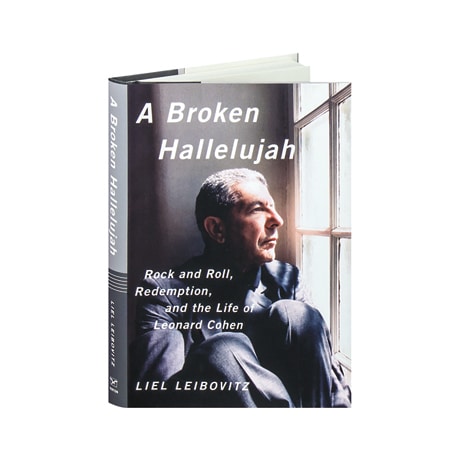 A Broken Hallelujah: Rock and Roll, Redemption, and the Life of Leonard Cohen

Why is it that, even before his death, Leonard Cohen earned the sort of reverence we reserve for a precious few living artists? Why have his songs been gracing the charts and movie soundtracks again in recent years? And how is it that, while most of his contemporaries were either long gone or on nostalgia tours, Cohen remained a potent and popular musician to the very end? Liel Leibovitz, a senior writer for Tablet magazine and the co-author of Lili Marlene and The Chosen Peoples, gives us a close portrait of Cohen that is both emotionally astute and philosophically observant. Delving into the sources and meaning of his work, Leibovitz illuminates what Cohen is telling us and why we listen so intensely.

"Lively, erudite and affecting.... Leibovitz makes a convincing case that Cohen has claimed his rightful place within the prophetic tradition that inspired him all along."—Washington Post

"Leibovitz presents a thoughtful examination of the music of Leonard Cohen, the elegant Canadian wordsmith and musician, through a strong Jewish perspective. Tellingly, Leibovitz calls Cohen a prophet. He examines the musician's life and work through the angles of Jewish eschatology, Zen Buddhism, Canadian poetry, and American rock and roll, as well as 'lust and lucre.' Yes, there are biographical details here, but A Broken Hallelujah offers something else: a finely etched musical portrait of a complicated man—both highly spiritual and sensual—and the often exquisite music that he has created over many decades, austere and melancholy songs that dare to find beauty amid ugliness. Leibovitz himself has a distinctive voice and approach to Cohen's work as he looks at the influence two Jewish scholars had on Cohen, the Canadian poets Irving Layton and A. M. Klein. He explores the evolution of Cohen's public persona as the Poet, and states that the one theme that has consistently preoccupied Cohen is redemption, which he describes as 'a discretely Jewish affair,' 'a wholly Canadian affliction,' and unquestionably universal. 'It was more than enough for a lifetime of work,' he concludes. A sparkling and psychologically insightful perspective on a unique artist."—Booklist (starred review)