A History of Future Cities 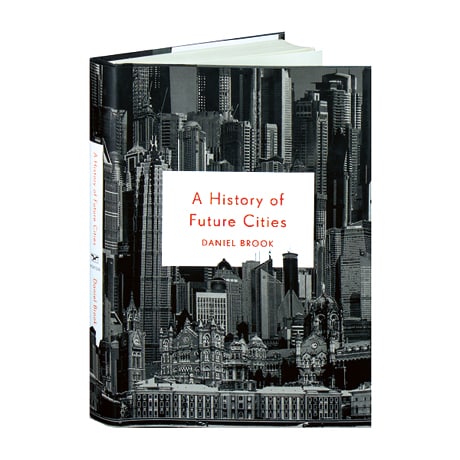 A History of Future Cities

In 1703, Peter the Great oversaw the construction of a new capital, St. Petersburg—a "window on the West," modeled on Amsterdam—hoping to propel Russia into the modern world. In the following century, Shanghai became the fastest-growing city on earth as it mushroomed into an English-speaking, Western-looking metropolis on the East China Sea, while Bombay, the cosmopolitan hub of the British Raj, swelled into a tropical London under imperial direction. Observing these "instant cities" and their builders (including the newest example, Dubai) at various moments in their histories, journalist Daniel Brook posits that, as Westernized outposts on the edge of the Eastern world, they provide a crucial window into the future of globalization.

"As different as the origins of St. Petersburg, Mumbai, Shanghai, and Dubai are, they share a characteristic as historical outposts of Western trade, architecture, and culture. Author Brook explores the ramifications in chronicles of each city, prominent among which are tensions between the modernizing influences of these cities and the traditional customs of the countries in which they are situated. If these four cities have looked outward as nodes of international commerce, at their backs in their hinterlands were always social forces and political movements with the potential to throttle the capitalist festivities. Within general narratives of when this happened—the Communist revolutions in Russia and China; socialist economics in India—Brook expresses a visual sense of each city's major streets and landmark buildings, describing and interpreting them through their builders' ambitions for the future, be it a grand train station in colonial Bombay or the world's tallest building in Dubai. Priming readers with the histories of these cities, including their politics and cosmopolitan demographics, Brook enthusiastically engages at the intersection of urban affairs and globalization."—Booklist