The House with Sixteen Handmade Doors: A Tale of Architectural Choice and Craftsmanship 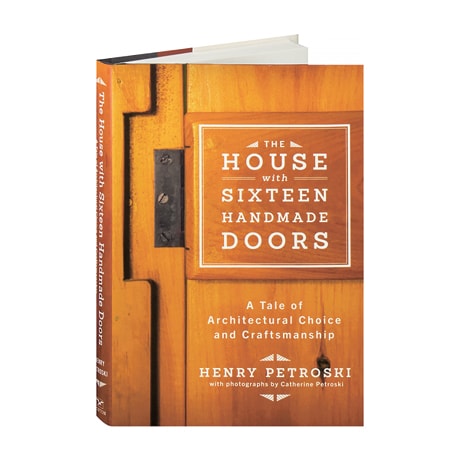 The House with Sixteen Handmade Doors: A Tale of Architectural Choice and Craftsmanship

When civil engineer Henry Petroski—author of To Engineer is Human and The Pencil—and his wife Catherine bought a modest though charming six-decades-old island retreat in coastal Maine, Petroski couldn't help but admire its hand-built construction. He began wondering about the place's origins and evolution: Who built it, and how? What needs, materials, technologies, historical developments, and laws shaped it? How had it fared with various inhabitants? Poking into dimly lit closets and behind knotty-pine wall panels, and even finding a secret passage—but never removing so much as a nail—Petroski sleuths out the details but also steps back to examine the structure in the context of its time and place.

"Since penning his first book on design failures in 1985, prolific author and civil engineer Petroski has also written at length about design successes, including such previously unheralded implements as paper clips, pencils, and toothpicks.... When Petroski and his wife, Catherine, bought the cabin-like retreat several years ago, he had little idea it would be filled with enough design quirks to provoke him into a full-scale investigation of its construction history.... Petroski's research included surveying the building's unusual environs and interviewing former owners and surviving relatives of its eccentric builder. Though this fascinating history of a house includes painstaking attention to woodcrafting techniques ... the book is replete with Petroski's usual fascinating details and elegant prose."—Booklist