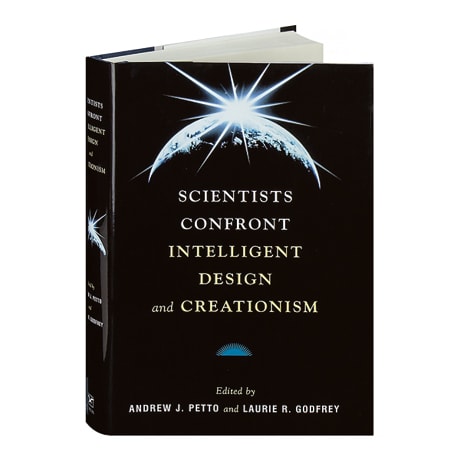 With the pseudoscience of creationism revamped as "intelligent design" (ID), Andrew Petto and Laurie Godfrey here update their original 1983 collection of counterarguments to ID proponents like Phillip Johnson, Michael Behe, and William Dembski who deny the rigorous scientific conclusions of evolution. The 16 essays here—some new and some updated—address two key issues: the overwhelming scientific evidence for evolution gathered over 150 years, contrasted with the dubious underpinnings of creationism; and how society can mount better educational and legal policies to prevent a theological takeover of our public and scientific institutions.

"Paying significant attention to creationism's newest incarnation, intelligent design, this revision of Petto and Godfrey's 1983 Scientists Confront Creationism contains mostly new essays and some revised holdovers from the original edition. The 16 articles include contributions from some of the biggest names in the anti-creationism field: Wesley Elsberry demolishes the concept of complexity promoted by William Dembski, while several contributors demonstrate that Dembski defines his terms idiosyncratically, in a manner that scientists have not found productive, and that his mathematics and logic are wanting. Similarly, ample evidence is presented to show that Michael Behe's best examples of irreducible complexity have been found to have simpler versions indicating how they could have evolved.... There is much to help readers gain a robust understanding of the current controversy. Indeed, the point is very clearly made that the battle is a political one and not one of scientific substance."—Publishers Weekly