The Sphinx: Franklin Roosevelt, the Isolationists, and the Road to World War II 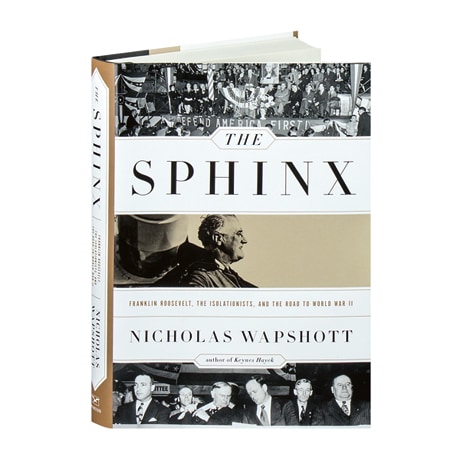 The Sphinx: Franklin Roosevelt, the Isolationists, and the Road to World War II

With the United States still mired in the Great Depression and Adolf Hitler consolidating his power, Franklin Roosevelt in 1938 faced the question that would prove one of the most defining in American history: whether to once again go to war in Europe. Here Nicholas Wapshott recounts how Roosevelt doggedly pursued a strategy to sway the public to abandon isolationism and take up the mantle of the world's most powerful nation. Chief among Roosevelt's antagonists was his friend Joseph P. Kennedy, a stock market magnate and the patriarch of what was to become one of the nation's most storied dynasties, whose allies included Walt Disney, William Randolph Hearst, and Henry Ford. The ensuing battle—waged with rhetoric, diplomacy, media sabotage, and political antics—would land U.S. troops in Europe within three years, secure Roosevelt's legacy, and set a standard for American military strategy for years to come.

"Wapshott successfully unravels the complex sequence of negotiations, hints, half-promises, and cunning that brought Roosevelt the Democratic nomination, re-election to the Presidency, a massive rearmament program, and support for an embattled Britain."—Publishers Weekly