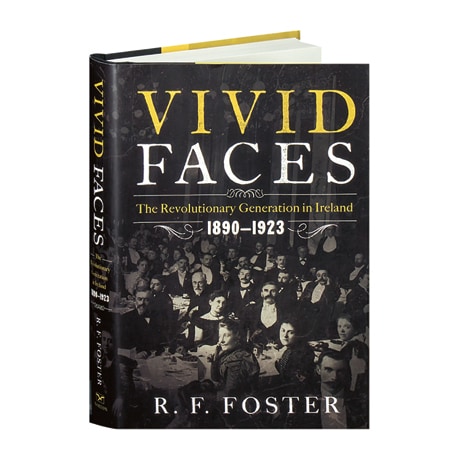 The author of Modern Ireland, a standard history, as well as the biographer of W.B. Yeats, historian R.F. Foster here explores the human dimension of the Easter Rising of 1916, the spark for the Irish revolution and a turning point in the violent history of Irish independence. He focuses on the ordinary men and women, Yeats's "vivid faces," who rose "from counter or desk among grey / Eighteenth-century houses" and took to the streets. A generation made, not born, they rejected the inherited ways of the Church, their bourgeois families, and British rule. They found inspiration in the ideals of socialism and feminism, in new approaches to love, art, and belief.

"An ingenious and original account of the generation of men and women who created the conditions for revolution in Ireland in the early years of the 20th century. By looking at social and sexual life, at private diaries, at marriages and friendships, by examining literary as well as military activity, using his brilliant historian's intelligence, Foster has reinterpreted the 1916 Rebellion in Dublin. The result is the study of a generation who sought not only political but personal freedom, and in doing so, set about reimagining an entire nation."—Colm Toíbín