Wilde in America: Oscar Wilde and the Invention of Modern Celebrity 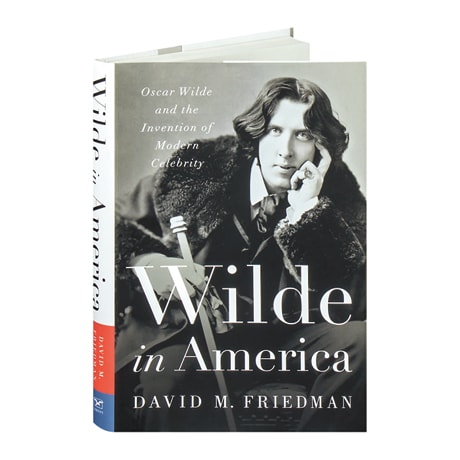 Wilde in America: Oscar Wilde and the Invention of Modern Celebrity

In January 1882, Oscar Wilde arrived in New York City; having published only a volume of poetry, the self-proclaimed genius was embarking upon a yearlong tour to promote his masterpiece—himself. Traveling 15,000 miles, honing his wit and his image as a dandy and man of letters; along the way, suggests David Friedman in this "smart, entertaining" (Boston Globe) biography, Wilde learned how to create the celebrity status he had always craved. From the mansions of Manhattan to roller-skating rinks in Indiana, and from an opium den in San Francisco to the bottom of a silver mine in Colorado, Wilde's journey is stranger than fiction. The 16 pages of photographs here include rare family snapshots and images of Wilde during his formative years.

"Part homage to the high priest of 19th-century aestheticism and part how-to guide for celebrity wanna-bes, [this book] is riveting reading from cover to cover. Friedman's account brims with lush descriptions and often glitters with a lightness of touch and acerbic wit that Wilde himself might have admired."—John Matteson