For Adam's Sake: A Family Saga in Colonial New England 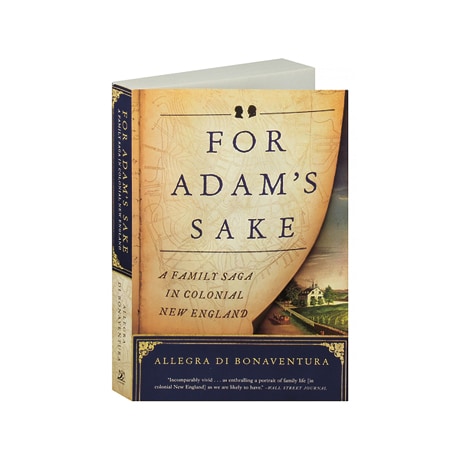 For Adam's Sake: A Family Saga in Colonial New England

Joshua Hempstead was a well-respected farmer and tradesman in New London, Connecticut. As his remarkable diary (1711–58) reveals, he also owned a slave, Adam Jackson, for more than 30 years. In this engrossing narrative of family life and the slave experience in the colonial North, Allegra di Bonaventura expands on her George Washington Egleston Prize–winning dissertation to describe the complexity of this master/slave relationship, tracing the intertwining stories of two families until the eve of the Revolution. Slavery is often left out of our collective memory of New England's history, yet it made a profound impact on individual families, and di Bonaventura reveals how, in every part of the region and every social level, the lines between slavery and freedom were blurred as these families struggled to survive.

"A fascinating view into the little known world of slavery in the north.... Di Bonaventura's rich account complicates the traditional narrative of slavery and race in early America."—Annette Gordon-Reed

"An extraordinary story about ordinary people in a pre-revolutionary New England family. Among the people are a master and his slave, the only account of such psychological depth I have seen in all the family histories of New England. Impeccably researched, elegantly written, For Adams' Sake is a model of its kind."—Joseph Ellis

"There are numerous scholarly studies of social relations and family life in colonial New England, but, unfortunately, few of them examine the institution of chattel slavery and how it influenced the families of both slaves and master.... Much of [the author's] account relies on the extensive diary of Joshua Hempstead, a successful farmer from New London and the owner of the slave Adam Jackson. But di Bonaventura utilizes other primary sources to fill in gaps about Jackson and his family. The relations between master and slave are complex. At times, Adam and his family seem to be virtually part of the larger Hempstead family, and the burden of enslavement appears light. Yet di Bonaventura provides often brutally disturbing examples that remind us that slavery is a condition of subjugation to the whims of the more powerful. This is an important examination of an often-neglected aspect of our colonial heritage."—Booklist