George Orwell: A Life in Letters 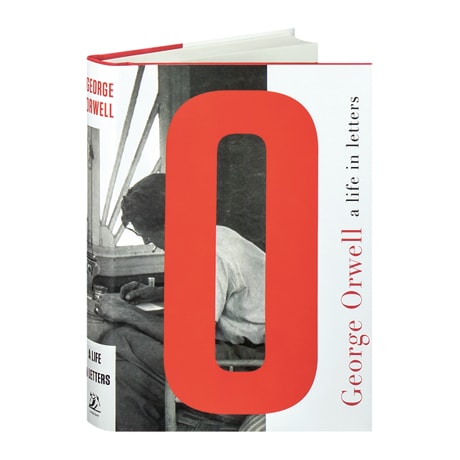 George Orwell: A Life in Letters

From his school days to his tragic early death in 1950, George Orwell chronicled the events of his turbulent life in a profusion of powerful letters, which form the autobiography he never wrote. Culled from the author's more than 1700 pieces of correspondence and annotated by Orwell scholar Peter Davison, these letters reveal a warmer, more informal Orwell than we're used to, discussing his first love affair and how he selected his pen name, explaining what inspired him to write Animal Farm, and offering opinions on croquet, poltergeists, and the Spanish Civil War. Along with 8 pages of black and white photos, the book includes Orwell's letters to T.S. Eliot, Stephen Spender, Arthur Koestler, Cyril Connolly, Anthony Powell, and Henry Miller.

"Orwell's keen insight and acerbic wit reverberate throughout these selected letters, culled from more than 10 volumes to offer a comprehensive view of his life and personality.... An unusually gratifying read for Orwell enthusiasts and casual readers alike"—Publishers Weekly (starred review)