The Long Road to Antietam: How the Civil War Became a Revolution 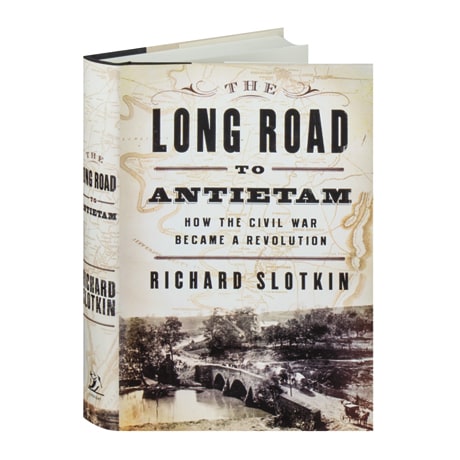 The Long Road to Antietam: How the Civil War Became a Revolution

In 1862, after a year of protracted fighting between Union and Confederate armies, Abraham Lincoln decided on a radical change of strategy, abandoning hope for a peaceful compromise and instead committing to all-out war. The centerpiece of that new strategy was the Emancipation Proclamation, an unprecedented use of federal power that would overturn Southern society. Historian and Michael Shaara Award–winning Civil War novelist Richard Slotkin re-examines the challenges Lincoln encountered during that summer 150 years ago, and the showdown between the president and General George McClellan, the "Young Napoleon" whose opposition to Lincoln included obsessive fantasies of dictatorship and a military coup.

"Slotkin moves from his path-breaking studies of America's cultural mythology of violence to a set piece of real-life carnage in this gripping, multifaceted history of the Civil War's bloodiest day.... Grounding military operations in political calculation and personal character, Slotkin gives us perhaps the richest interpretation yet of this epic of regenerative violence."—Publishers Weekly (starred review)

"[The author] evokes drama and, where appropriate, dark humor in recalling what became an extraordinary test of civilian authority over the military.... Slotkin is an accomplished social historian (and novelist) with a focus on war and race, and he brings all his considerable skills to bear in this book. What makes even his unsurprising conclusions unfold at such a gripping pace is his great gift for narrative. It is as if Carl Sandburg were writing again—but with footnotes—for the author is a master at telling a story, capturing a mood, bringing characters to life, and making substantive and well-documented historical points in the bargain."—Military History Quarterly