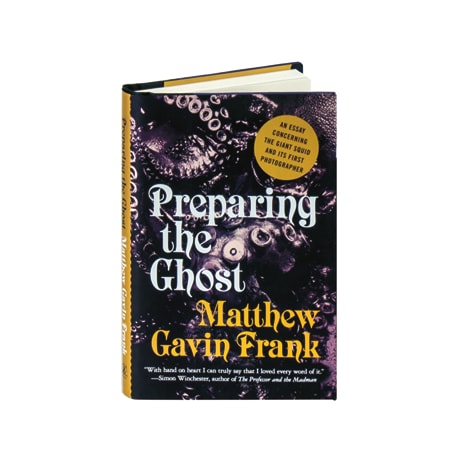 (A 2014 Shelf Awareness Best Book of the Year) Moses Harvey was the eccentric Newfoundland reverend and amateur naturalist who first photographed the near-mythic giant squid in 1874, draping it over a shower curtain rod to display its magnitude. But what begins here as Harvey's story becomes much more, as fellow squid-enthusiast Matthew Gavin Frank winds his narrative tentacles around history, creative nonfiction, science, memoir, and meditations on their interrelated nature. Frank weaves in playful forays about his research trip to Newfoundland, his own childhood and family history, and a catalog of bizarre facts and lists that recall Melville's story of obsession with another deep-sea dwelling leviathan.

"In a book as coiled, strange and tentacular as its subject, Matthew Gavin Frank considers the squid. [His book] is an act of love and erudition."—NPR

"A slyly charming book-length essay.... The connections between all these themes—giant squids, Poppa Dave, ice cream—are fragile, but for the most part, Frank knows just how much weight they can bear. And there is some stunning writing and perversely wonderful research along the way.... It's hard to imagine a better book about not entirely understanding giant squids."—NYTBR