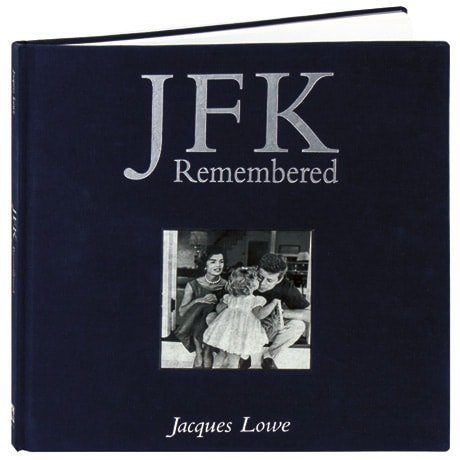 While still in his twenties, Jacques Lowe was assigned to photograph up-and-coming Washington attorney Robert Kennedy and his brother, U.S. Senator John F. Kennedy, and his low-key demeanor and impressive images secured for him a very close and personal relationship with the family. From the 40,000 photos that Lowe took, this album collects nearly 200 of the very best, shown in crisp black and white reproductions. Along with dramatic scenes from the campaign trail and tense Oval Office meetings, here are images of Jack standing on a tractor, giving an impromptu speech to school children; Bobby playing football with his sizeable family; and Jackie teaching toddler Caroline to paint and enjoying a laugh with Nikita Khrushchev. In the text, Lowe offers his fond and vivid reminiscences of the Camelot years, and includes extended quotations from the Kennedys.