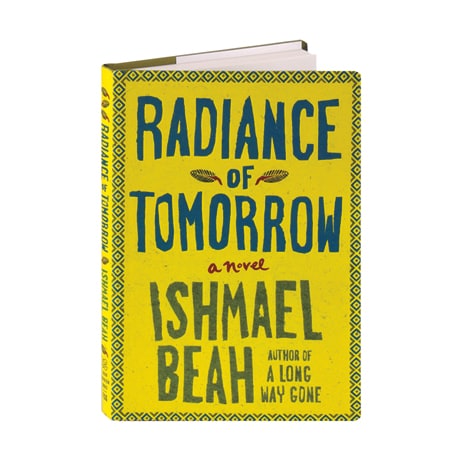 Following his stunning memoir A Long Way Gone—a harrowing account of Sierra Leone's civil war and the fate of its child soldiers—UNICEF ambassador Ishmael Beah here gives us his first novel, an affecting, surprisingly tender parable set in that same landscape, after the war. Teachers and longtime friends Benjamin and Bockarie return to their hometown, now a village in ruins, the ground covered in bones. They try to forge a new community as more villagers and refugees arrive, but they're beset by obstacles: a scarcity of food; a rash of murders, thievery, rape, and retaliation; and a foreign mining company that swoops in to take advantage of the desperate population, while fouling the town's water. As Benjamin and Bockarie seek ways to restore order, they must reckon with the uncertainties of both the past and the future. With the gentle lyricism of a dream and the moral clarity of a fable, this is a powerful novel about preserving what means the most to us, even in uncertain times.

"Written with the moral urgency of a parable and the searing precision of a firsthand account.... There is an allegorical richness to Beah's storytelling and a remarkable humanity to his characters. We see tragedy arriving not through the big wallops of war, but rather in corrosive increments."—NYTBR

"Beah writes lyrically and passionately about ugly realities as well as about the beauty and dignity of traditional ways."—Kirkus Reviews (starred review)

"In 2007, Beah woke us from our slumbers with A Long Way Gone.... Here, in his first novel ... our heroes (like Beah himself) stay radiant to the end."—Library Journal