Red Fortress: History and Illusion in the Kremlin 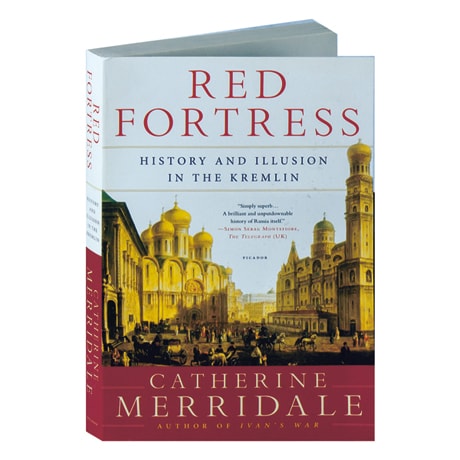 Red Fortress: History and Illusion in the Kremlin

At the heart of the Russian state is the Kremlin, the fortress-city within Moscow whose blood-red walls have witnessed more than 800 years of political drama and violent uprising. It has been the seat of a priestly monarchy, a worldly church, and the Soviet Union; it has survived earthquakes, devastating fires, and at least three revolutions; and from Ivan the Terrible to Vladimir Putin, Russian leaders have used it to legitimize their vision of statehood. Here the author of Ivan's War and Night of Stone uses the Kremlin as a singular lens to view Russia itself, exploring the evolution of its culture and the meaning of its politics.

"Churchill famously referred to Russia as a 'riddle wrapped in a mystery inside an enigma.' If so, it is undeniable that many of the components of that riddle have unfolded within the red-tinged, forbidding walls of the Kremlin, the complex of buildings in Moscow that has been at the center of the Russian state apparatus for eight centuries. [Catherine] Merridale, a specialist in Russian and Soviet history who teaches at Queen Mary University in London, shows how much of Russia's often tortured, bloody history was due to top-down decisions by rulers from Ivan the Terrible to Stalin. She does an excellent job of integrating that history, the actions of the rulers, and the building and rebuilding of the Kremlin. From the inception of the complex, it seemed to reflect the desire of Russian rulers to convey a sense of both centralized power and stability. As Merridale illustrates, this was an illusion, since Russian and Soviet autocrats often exercised surprisingly limited control over a gigantic and often chaotic land mass. This is a well-done portrait of both Russian history and the Kremlin."—Booklist