Penetrating Wisdom: The Aspiration of Samantabhadra 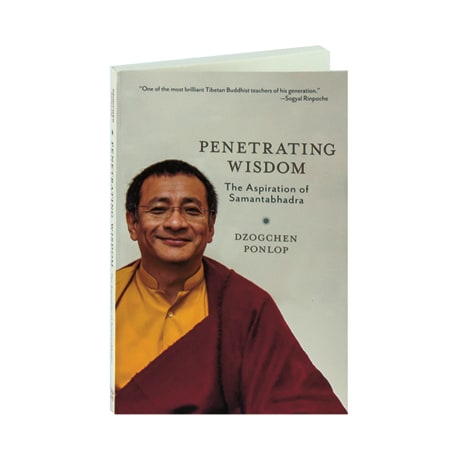 Penetrating Wisdom: The Aspiration of Samantabhadra

Presented in talks in Germany and the United States in the late 1990s, with examples drawn from Western urban life, this book offers Dzogchen Ponlop Rinpoche's lively commentary on an ancient, well-known Tibetan Buddhist prayer of aspiration that expounds on the Dzogchen path to enlightenment. Addressing such fundamentals as the guru-student relationship, the role of faith in Vajrayana Buddhism, recognizing basic awareness, and the notion of a reality that is beyond mental concepts, it is a clear and accessible explication of a complex system of philosophy and meditation techniques that are central to Tibetan Buddhism.