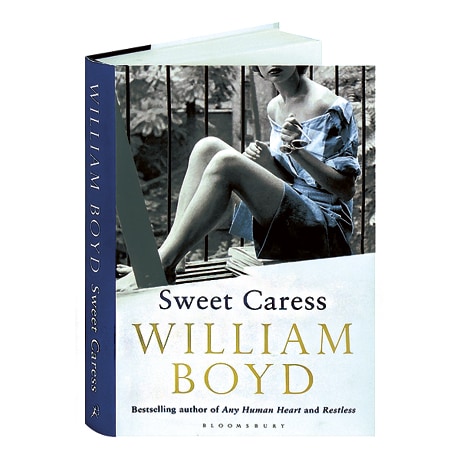 The winner of the Whitbread and the Somerset Maugham Awards and the John Llewellyn Rhys and James Tait Black Memorial Prizes for such books as A Good Man in Africa, An Ice-Cream War, and Brazzaville Beach, William Boyd here gives us a sweeping panorama of defining moments in the 20th century, seen through the camera of one unforgettable woman. Amory Clay's first memory is of her father doing a handstand, on leave from World War I, though his absences are what she chiefly remembers. It is her uncle Greville who teaches her photography, and sets her on a path that includes the demimonde of late 1920s Berlin, New York in the 30s, Blackshirt riots in London, and France in World War II, where Amory becomes one of the first women war photographers.

"An utterly compelling read. The effect of Amory is that of an interesting woman with a life well-lived, who is not content to sit back and be beautiful as an adored wife or mistress. She grasps every opportunity with both hands, wherever it leads her. Not a bad epitaph, and a tribute to Boyd's skill that we miss her like a friend when we, and she, reach the end."—Independent (London)

"A rattling good 'what will happen next?' story and, on another level, a meditation, in fiction, on women and the lens. 'Caress' is just the right word for the feel of this novel. Boyd deals with heavy themes with the lightest touch."—Times (London)

"Boyd is a gifted storyteller. This is his fourth novel with a female protagonist and depicts every stage of Amory's life—from first kisses and teenage passions through to the pain of infertility—so convincingly that I have to remind myself it's written by a man."—Sunday Times Ireland