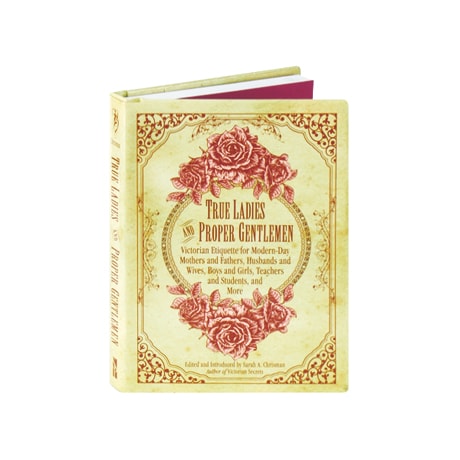 Invasion of privacy; divorce; relationship issues; encounters between people from very different places and cultures; new technologies developing at dizzying speeds—these concerns were as much a part of the hectic pace of life in the late 19th century as they are today. Here the author of Victorian Secrets: What a Corset Taught Me about the Past, the Present, and Myself gathers advice and illustrations from Victorian magazines and from Hill's Manual of Social and Business Forms, a book on proper conduct originally published in 1891, resulting in a surprisingly timely handbook that shows our ancestors were not so different from us after all. For example, the husband's duty: give your wife every advantage that it is possible to bestow. Purchasers should, as far as possible, patronize the merchants of their own town (buy local). Having paid for one ticket, you are entitled to only one seat; it shows selfishness to deposit a large amount of baggage in the surrounding seats and occupy three or four. And, among the unclassified laws of etiquette: never leave home with unkind words.