What the Citizen Should Know About Our Arms and Weapons: A Guide to Weapons from the 1940s 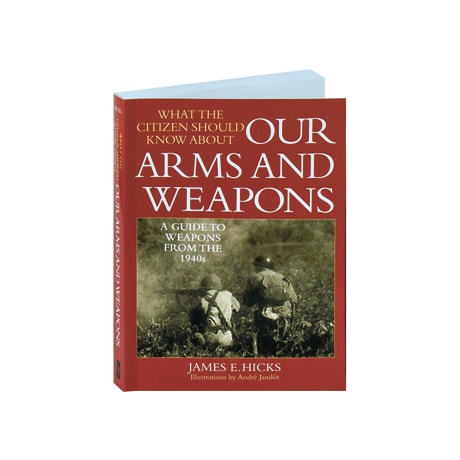 What the Citizen Should Know About Our Arms and Weapons: A Guide to Weapons from the 1940s

Originally published in 1941, this catalogue of military ordnance was written to bolster public confidence in American military strength during the time of uncertainty that marked the beginnings of our involvement in World War II. The illustrations are surprisingly detailed for a general publication, with drawings and occasional internal diagrams of such weapons as pistols and revolvers; rifles; grenades and mortars; field and anti-aircraft artillery; bomb ordnance; and much more. Along with specific information on a large number of historical weapons, the book provides a straightforward yet remarkable look at the military practices of our nation on the brink of war.