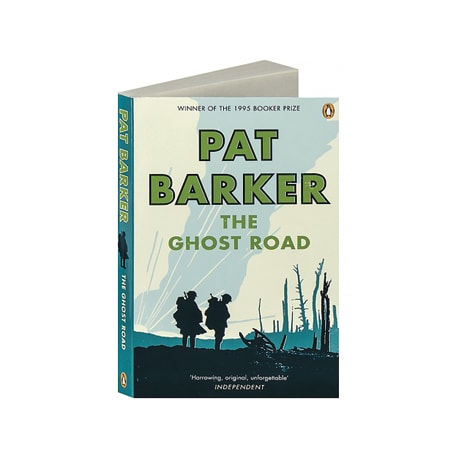 (Winner of the 1995 Booker Prize) The final book in Pat Barker's stunning Regeneration trilogy (following the Booker Prize finalist Regeneration and the Guardian Fiction Prize winner The Eye in the Door), this novel is set in the closing months of World War I. In France, the fighting men engaged in the grim brutality of trench warfare have all been left "ghosts in the making." In England, psychologist William Rivers endures severe pangs of conscience as he treats the mental casualties of the war only to make them whole enough to fight again. One of these, the courageous and sardonic Billy Prior, decides to return to France with his fellow officer, poet Wilfred Owen, to fight a war he no longer believes in. Meanwhile Rivers, in a fever of influenza, relives his experience studying a South Pacific tribe whose ethos amounted to a culture of death, and begins to recognize connections between their world and ours that cast new light on his understanding of war.

"The culmination of her astonishing WWI trilogy that began with Regeneration and The Eye in the Door.... Though it would seem almost impossible to look at that appalling conflict with a fresh eye, Barker has succeeded in ways that define the novelist's art: by close observation as well as by deployment of a broad and painfully compassionate vision, all rendered in prose whose very simplicity speaks volumes. The present book can be read without reference to the others, but all are mutually enriching. They revolve around William Rivers, a psychologist who pioneered the treatment of shell shock, and some of his patients, who include such real-life figures as poets Wilfred Owen and Siegfried Sassoon, as well as the fictional Lieutenant Billy Prior, a bisexual whose life as an officer is complicated by his working-class origins. The questions the trilogy addresses are profound ones like the nature of sanity, the politics of class, war and sex, and the struggle to maintain humanity in the face of meaningless slaughter. In The Ghost Road, the war is nearing its end, which renders the continuing horrors of trench warfare ever more futile. Prior is sent back to the front after Rivers's treatment, enjoys a strange idyllic interlude in a ruined village, rescues a horribly wounded fellow officer and then faces the stupidest massacre of all. Meanwhile Rivers takes on new nightmare cases—and begins to remember his anthropological researches in Melanesia years before, when he strove to understand the rituals of a people whose greatest pleasure, head-hunting, had been abolished by a British colonial administration. The contrast between the primitives' deeply considered approach to death and the pointless killing indulged in by supposedly more civilized people is only hinted at, but it gives the book, particularly in its deeply eloquent concluding pages, enormous resonance. The whole trilogy, which in its entirety is only equivalent in length to one blockbuster serial-killer frenzy, is a triumph of an imagination at once poetic and practical."—Publishers Weekly