How a Gunman Says Goodbye 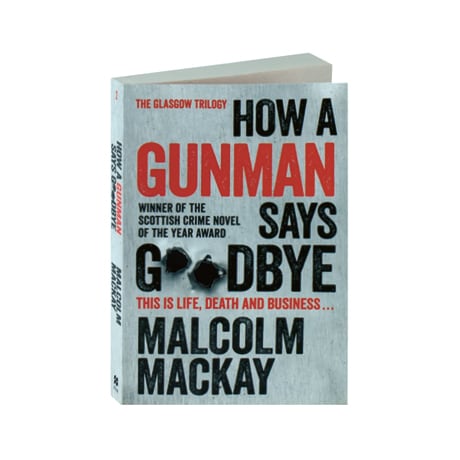 How a Gunman Says Goodbye

(2013 Deanston Scottish Crime Book of the Year) How does a gunman retire? Frank MacLeod was once the best at what he does: thoughtful, efficient, ruthless. But with his health failing him, how long before he's no longer of use to his employers? A new day brings a new target—but something is about to go horribly wrong, and up-and-coming hitman Calum MacLean will be called upon to pick up the pieces. It seems Frank doesn't intend to bow out with a bang, and though he's no longer in his prime, underestimating such a man could prove fatal. Malcolm Mackay's second novel in the Glasgow trilogy (following the CWA John Creasey New Blood Dagger Award finalist The Necessary Death of Lewis Winter) was named the Deanston Scottish Crime Book of the Year—the same award won by Peter May's Entry Island the following year.

"How a Gunman Says Goodbye is even better than its remarkable predecessor.... The author is already being hailed as a new star of tartan noir and if the third book in this trilogy can maintain the impetus of the first two the existing clan of Scottish writers may have to look to their laurels."—Daily Express (London)

"You know how among all the kids acting tough at school there is one that stands out, the only one who convinces? Malcolm Mackay is that man. His characteristically urgent prose style drives his narrative at a remorseless pace as the Gunman—old and approaching the end of his career—works out what options he has left.... Don't worry that it's set in Glasgow—there's no dialect. Nor that it's the second in a trilogy—it stands alone. By all means read the first book; you'll enjoy it. But it's time to get on board. Hail the new king of Scottish crime. This is a superb book. It should win prizes."—Crime Time