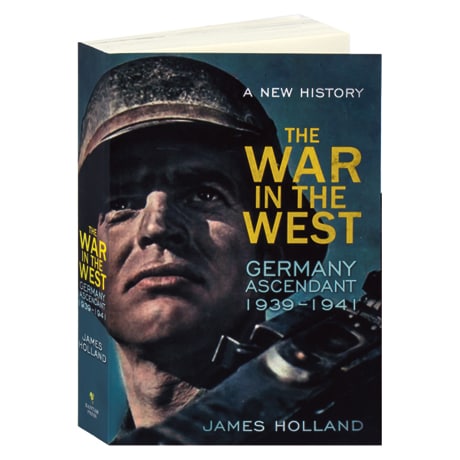 Suggesting that our understanding of World War II has become distorted by propaganda and rumors over the past seven decades, the author of Fortress Malta spent 12 years conducting research, interviewing survivors, and visiting battlefields, to arrive at a new perspective on the 20th century's defining event. Including 24 pages of photographs, James Holland's history begins with the lead-up to the outbreak of war in 1939 and ends in the middle of 1941 on the eve of Operation Barbarossa, the Nazi invasion of Russia; his narrative re-evaluates the tactics, weapons, and armed forces in the war, and encompasses the soldiers and the civilians, the heads of state and the exiles.

"James Holland is the best of the new generation of World War II historians. His [book] convincingly challenges many received ideas about the war and draws some exciting new conclusions."—Sebastian Faulks