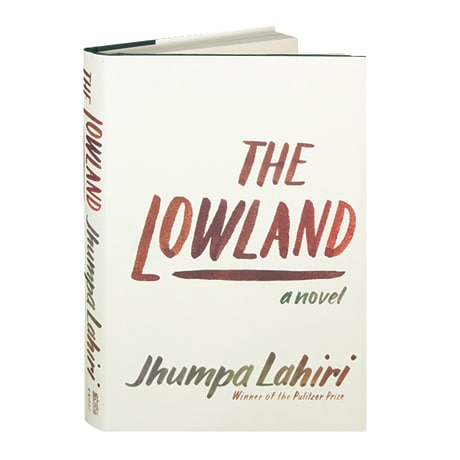 (Shortlisted for the 2013 Man Booker Prize and the National Book Award) This stunning second novel from the Pulitzer Prize–winning author of Interpreter of Maladies, The Namesake, and Unaccustomed Earth is set in both India and America. Born just 15 months apart in Calcutta, brothers Subhash and Udayan Mitra are inseparable, but they are also opposites, with gravely different futures ahead. It is the 1960s, and Udayan—charismatic and impulsive—is drawn to the Naxalite movement, sacrificing everything to rebel against inequity and poverty. Subhash, the dutiful son, has left home to pursue scientific research in a quiet city on the coast of America, but returns to his homeland to pull together the shattered family that Udayan left behind.

"Lahiri's unparalleled ability to transform the smallest moments into whole lives pinnacles in this extraordinary story of two brothers coming of age in the political tumult of 1960s India ... deservedly one of this year's most anticipated books. Banal words of praise simply won't do justice; perhaps what is needed is a three-word directive: just read it."—Library Journal (starred review)

"A novel that crosses generations, oceans, and the chasms within families.... Lahiri's skill is reflected not only in her restrained and lyric prose, but also in her moving forward chronological time while simultaneously unfolding memory, which does not fade in spite of the years. A formidable and beautiful book."—Publishers Weekly (boxed review)

"The narrative proceeds from the simplicity of a fairy tale into a complex novel of moral ambiguity and aftershocks, with revelations that continue through decades and generations until the very last page."—Kirkus Reviews (starred review)