Someone to Watch Over Me: A Thriller 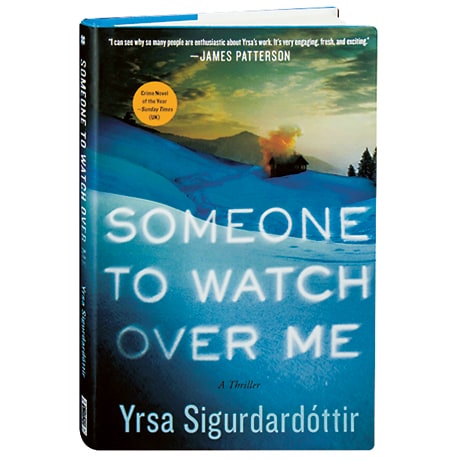 Someone to Watch Over Me: A Thriller

(Winner of the London's Sunday Times Crime Novel of the Year Award) A young man with Down's Syndrome named Jakob has been convicted of burning down his assisted living facility and killing five people; Thóra Gudmundsdóttir—making her fifth outing in a series that began with 2005's Last Rituals—has been hired by one of Jakob's fellow inmates to prove him innocent. If he didn't do it, who did? And how is the multiple murder connected to the death of a young woman, killed in what was supposedly a hit and run? Also the author of The Undesired, Yrsa Sigurdardóttir's 2015 thriller is further proof that she is among the foremost of Northern Europe's many first-rate mystery writers.

"Iceland's Sigurdardottir is the reigning queen of mysteries, earning accolades worldwide and even an upcoming TV series. She deserves every bit of her praise. Her series about Reykjavik lawyer Thóra Gudmundsdóttir is one of the best out there: spunky but smart heroine, wonderfully exotic setting, great subplots about Iceland's financial collapse and intriguing mysteries that always manage to satisfyingly come together. [This] may be her best Thora book."—Cleveland Plains Dealer