On The Run: Deserters Through the Ages 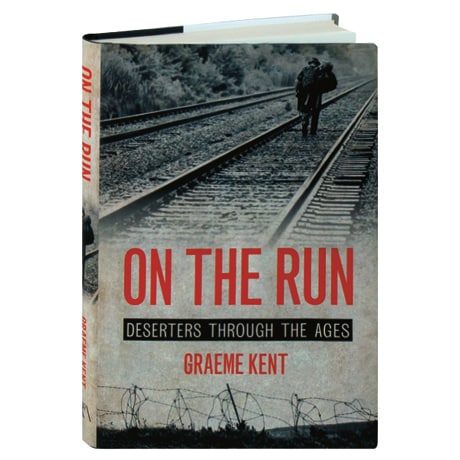 On The Run: Deserters Through the Ages

For as long as there have been wars there have been those who have fled, sometimes precipitously, from the cannon's roar. The author of The Strongest Men on Earth and Olympic Follies, as well as a former primary school headmaster and a veteran of Korea, Graeme Kent profiles numerous characters who, for a multitude of often complex reasons, have gone absent without leave, or even collaborated with their captors. His rogues' gallery includes poets and thugs, thieves and lunatics, lovers and politicians, princes and conspirators, comedians and fanatics, film stars and pugilists, and even a pope, all brought together by the simple fact that at one time or another they went on the run.

"Like any of the departing soldiers, sailors and airmen down the years Graeme Kent covers a lot of ground quickly with his interesting and entertaining work."—Daily Express (London)