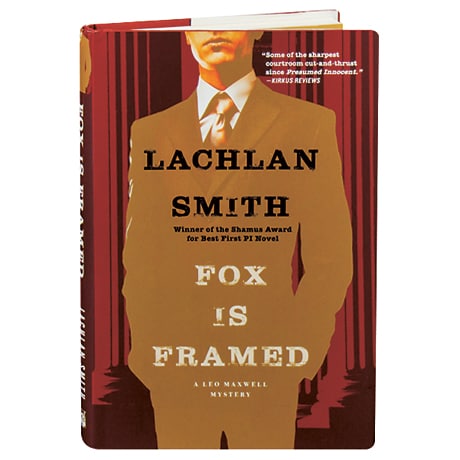 Following his Shamus Award winner Bear Is Broken and its sequel Lion Plays Rough, Lachlan Smith returns to the family drama that has long haunted investigator Leo Maxwell and his recently brain-damaged brother Teddy. With proof of stunning prosecutorial misconduct, a San Francisco judge has ordered a new trial for the Maxwell brothers' father Lawrence, convicted of killing their mother 21 years before. A prison snitch soon turns up dead, with Lawrence the only suspect, and Leo teams up with attorney Nina Schuyler to defend him against both murder charges in this taut, twisty courtroom procedural, barreling toward an unexpected conclusion as Leo struggles to do right by both the law and his blood.

"The complex family dynamics that Smith explored in his earlier books only become more intriguing in his superlative third Leo Maxwell mystery.... Smith is masterly in creating realistic courtroom scenes, including the subtleties of witness examination, and, even more impressively, enhances the trial with the human drama of the Maxwell family."—Publishers Weekly (starred review)

"Smith elegantly blends courtroom suspense and family misfortune without ever slipping into melodrama; the line Maxwell family members walk between innocence and guilt becomes more blurred with every step and turn of the page."—Library Journal (starred review)