A String of Beads: A Jane Whitefield Novel 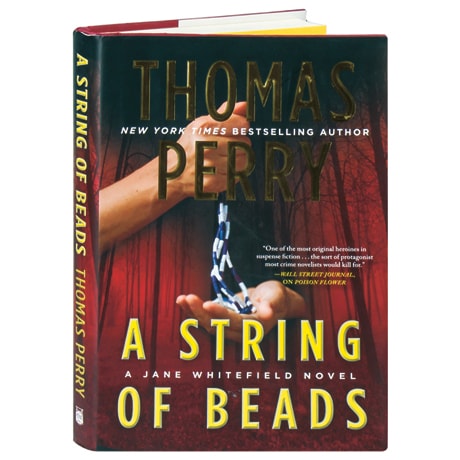 A String of Beads: A Jane Whitefield Novel

After two decades of protecting innocent victims on the run—and a year after getting shot on the job—Jane McKinnon (née Whitefield, of the Seneca clans) has settled into a quiet suburban life in Amherst, New York, in this 8th novel in the series from Edgar Award winner Thomas Perry. But one morning she finds all eight clan mothers, leaders of the Seneca, parked in her driveway; a childhood friend of Jane's from the reservation, Jimmy, is wanted for the murder of a white man, and instead of turning himself in, he's disappeared. At the clan mothers' request, Jane retraces a walking trip that she and Jimmy took when they were 14, in hopes that he has gone the same way again, though it soon becomes clear that the police aren't the only ones after him.

"Another excellently engineered thriller from Thomas Perry featuring Jane Whitefield.... Soul-searching and car chases too. What more could we ask from an escape artist like Perry?"—NYTBR

"Many scenes have an almost Twilight Zone atmosphere of sudden recognition. The landscape is filled with references to tribal history, and Perry also delivers fascinating information on how to hide and change identity.... First-rate suspense."—Booklist (starred review)