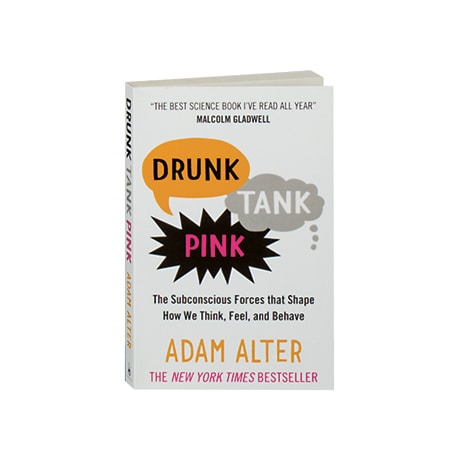 Can a room painted a particular shade of pink really make you react more passively? Most of us go through life believing that we can make choices freely, all but independent from the world around us. But as marketing psychologist Adam Alter explains here, our environment shapes our thoughts and actions in myriad ways, usually without our noticing. From our preferences for certain names to the impact of your first report card, Alter presents surprising data and endlessly fascinating examples of the subtle but substantial ways in which outside forces influence us.

"Alter not only explains the source of many cognitive quirks, but convincingly argues that comprehending them affords a better understanding of broader behaviors, from cyclical poverty to altruism.... In Alter's hands, case studies take on new life.... [He] fluently moves between psychology, medicine, and cultural history, offering surprises to readers at many levels of expertise."—Publishers Weekly

"It's commonly known that a lot of police departments and detention centers use a certain shade of pink in their cells because the color is believed to have a calming effect. But the color pink isn't the only thing that affects how we behave; there are dozens of factors that influence our thoughts and beliefs. Consider the compass, for example: the earth's surface is horizontal, and there's no need for north to be above south, but the association of north with up and south with down has some very interesting repercussions (such as people's tendency to prefer to travel south rather than north to go to a store, because north is uphill). Or consider this: people with names that begin with the letter K were responsible for 10 percent of donations for Hurricane Katrina relief efforts, but for only 4 percent of donations 'to all disasters before Katrina.' An intelligent, often surprising exploration of the way cues of all varieties (sounds, colors, images, symbols, and more) shape the people we are, for better or worse."—Booklist