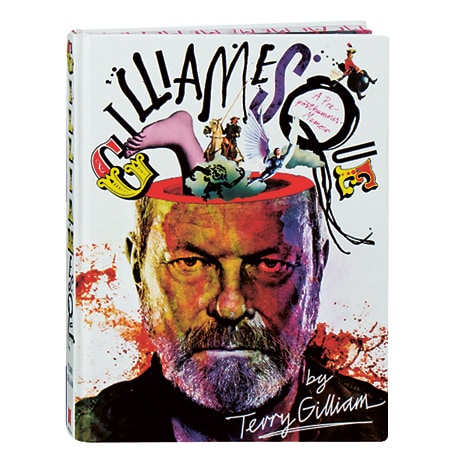 From his no-frills childhood in the icy wastes of Minnesota to some of the hottest water Hollywood had to offer—via the 1960s and 70s counterculture in New York, Los Angeles, and London—Terry Gilliam's life has been as vivid, entertaining, and unorthodox as his films. In a wildly illustrated memoir "as chaotic and irresistible as his animation" (NYTBR), the director of Time Bandits, Brazil, The Fisher King, 12 Monkeys, Fear & Loathing in Las Vegas, and The Imaginarium of Doctor Parnassus (and co-founder of Monty Python's Flying Circus) recalls his life so far. George Harrison, Robin Williams, Jeff Bridges, Robert De Niro, Brad Pitt, Uma Thurman, Johnny Depp, Heath Ledger, and all of Gilliam's fellow Pythons guest star.

"It's chock full of intimate stories about life as a Python and both A-list Hollywood and indie director, but it is also unlike any other memoir in recent memory, with loads of stunning illustrations and Gilliam's handwritten asides, giving each chapter layer upon layer of insight."—Esquire