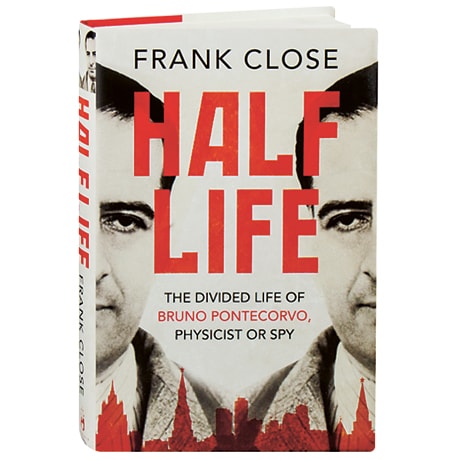 One of the most brilliant scientists of his generation, Bruno Pontecorvo was a physicist at Harwell, Britain's atomic energy lab, and privy to many secrets. He had worked on the Anglo-Canadian arm of the Manhattan Project, and quietly discovered a way to find the uranium coveted by nuclear powers; in 1950 he disappeared without a trace. MI5 insisted he was not a threat, but when Pontecorvo finally surfaced six years later, he was on the other side of the Iron Curtain. From newly accessible archives, family members, and scientists, science writer and physics professor Frank Close exposes the truth about a scientist entangled in the advent of the atomic age and the Cold War.

"Too many books are fęted as reading 'like spy novels', but Close's work deserves the accolade.... Close is at his best when describing Pontecorvo's work in neutrinos and neutron detec­tion, demonstrating how groundbreaking it was."—Nature

Could have formed the basis of a Dick Francis-type action thriller, or a John le Carré spy story with ... fascinating insight into the science behind the Iron Curtain.... Close gives clear insight into the physics, without going into the kind of depth which might frighten non-scientists."—Library Journal