Exit Berlin: How One Woman Saved Her Family from Nazi Germany 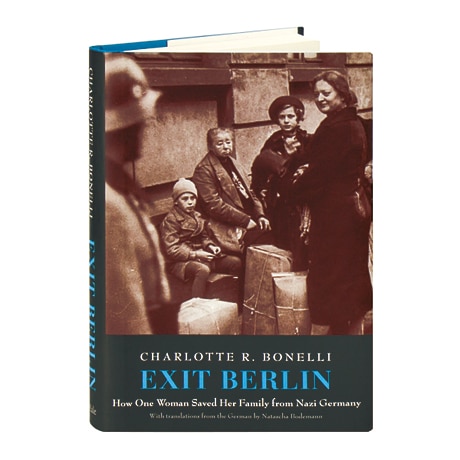 Exit Berlin: How One Woman Saved Her Family from Nazi Germany

Just a week after the Kristallnacht terror in 1938 Berlin, young Luzie Hatch fled the city to resettle in New York, rescued by an American-born cousin, industrialist Arnold Hatch. Arnold spoke no German, so Luzie quickly became translator, intermediary, and advocate for family members left behind, as an unending stream of desperate requests from German relatives made their way to Arnold's desk as he struggled to keep his own business afloat while assisting dozens of relatives trapped in Nazi Germany. Luzie preserved her letters both to and from their relatives—an extraordinary collection, now at the American Jewish Committee Archives, and the framework for this personal and resonant perspective on the Holocaust.

"A powerful and important work that sheds significant light on what one person with determination and imagination could—and could not do—to save those she loved during the critical period of 1933–42."—Michael Berenbaum

"For a generation steeped in email, this heartrending collection of letters takes us to a more intimately communicative era—in which Jews, trapped in the nightmare of Hitler's persecution, pleaded for help to escape to their cousins in America; and in which the latter tried desperately, generously, to respond. These letters, personalizing one family's ordeal, eloquently relay a tale of both horrendous abuse and life-threatening bureaucratic barriers."—Michael R. Marrus