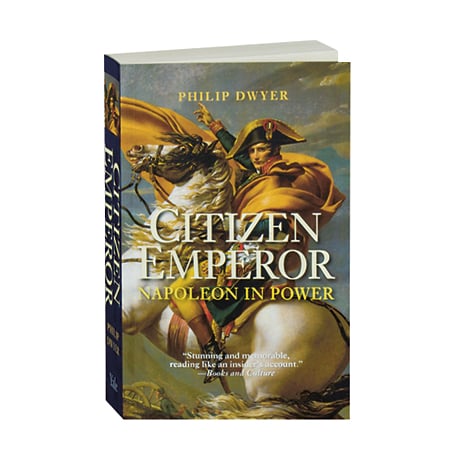 Following Napoleon: The Path to Power, 1769–1799, this second volume of Philip Dwyer's superb biography tracks Napoleon's ruthless drive for power in the years after the coup d'état that ended the French Revolution. Napoleon, now 30, takes his position as First Consul of France, and Dwyer explores the young leader's reign—including the missteps and pitfalls he encountered—while revealing the great lengths to which Napoleon would go in order to fashion his image as the legitimate and patriarchal ruler of the new nation: concealing his defeats, exaggerating his victories, never hesitating to blame others for his own failings. Along with Napoleon's brooding obsessions and propensity for violence, Dwyer illuminates his passionate nature: his loves, his ability to inspire, and his capacity for realizing his visionary ideas. In an insightful analysis of Napoleon as one of the first truly modern politicians, Dwyer discusses how the persuasive and forward-thinking leader skillfully fashioned the image of himself that persists in legends that surround him to this day.

"A wonderful read that will offer fresh insights to even the most hardened Napoleonic veteran: I only wish that I had written this book."—Charles Esdaile

"Dwyer makes Napoleon familiar to most of us by building his narrative around expertly sketched flaws and foibles."—Claremont Review of Books