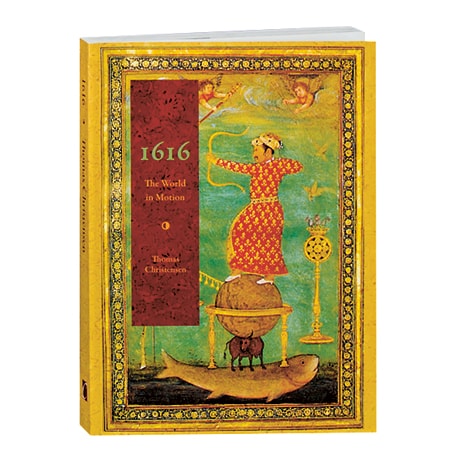 This fascinating exploration of the early modern world, from the author of The Discovery of America and Other Myths, focuses on a single year as a window into a restless, expansive era. From galleons carrying silk and silver across the Pacific for the first global corporations to the spread of Renaissance ideas that would ultimately lead to revolutions, Thomas Christensen's illustrated history considers such changes as the decline of the Ming dynasty in China, the rise of shogun rule in Japan, the nascent international slave trade, and even global tourism.

"Careful to include events from around the world, not just Europe and the Americas, Christensen enhances his excellent explications of backgrounds and settings with dozens of fabulous illustrations."—Publishers Weekly (starred review)

"Thomas Christensen is no slouch when it comes to writing page-turning nonfiction.... [He] manages to portray and connect disparate events with remarkable cogency ... [and] also affords his reader a peek into the lives of those who were right there making it all happen.... Christensen's writing is droll and at times hilarious. He has a wonderful way of juxtaposing his facts so that the ironies often present in human behavior shine through."—Foreword