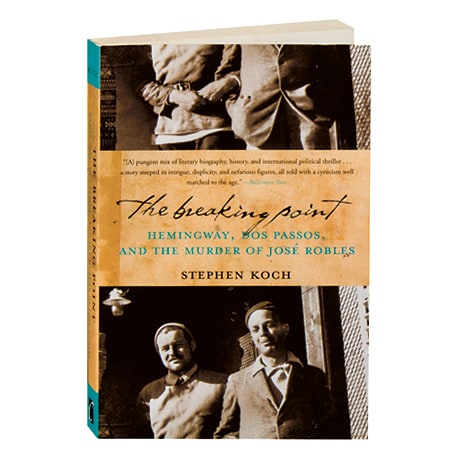 When American authors John Dos Passos and Ernest Hemingway went to Spain in 1937 to witness the Spanish Civil War firsthand, the devastation they encountered was far from impersonal, and as Spain was unraveling thread by thread, so was the relationship between these literary giants. They had arrived in Spain as leftist writers-in-arms, but a real-life literary mystery unfolded when Dos Passos's friend José Robles—a Spanish-born Johns Hopkins professor—disappeared.

"[Stephen] Koch's story illustrates, among other things, the danger of writers plunging into politics and war, and it offers an unlovely portrait of the engagé artist as useful idiot. Its small drama leads directly to all the big questions about the nature of the Spanish Civil War which have recently generated controversy among historians.... A series of vividly rendered scenes connected by intelligent commentary, with the extensive dialogue largely drawn from the many pieces and books—some fictional—that his main characters devoted to Spain."—The New Yorker