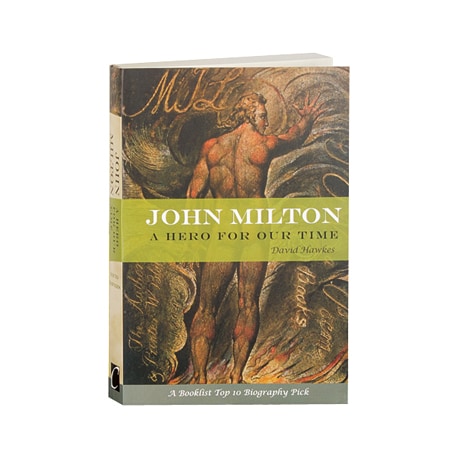 The poet, polemicist, public servant, and author of Paradise Lost, John Milton (1608-74) is revered today as one of the greats of English literature and a historical advocate of free speech. In his time, however, his ideas far exceeded the orthodoxy of English life; spurred by his conscience and a devotion to logic, Milton was uncompromising in his beliefs on politics, economics, and sex at a time of great religious and political flux in England. David Hawkes interweaves details from Milton's public and private life, offering new insight into the man and his prophetic stance on the social order. And he argues that Milton's startlingly modern approach to market capitalism, political violence, and religious terrorism continues to be applicable even in the 21st century.

"Popular biographies commemorating Milton's four-hundredth birthday have been scarce, but Hawkes makes up for that paucity and then some in a splendid argument that Milton was so prophetic of modern political and religious predicaments that he should be regarded as our contemporary. Think of Milton as a lifelong iconoclast, Hawkes says, who fought psychological idolatry unceasingly, questioning institutional routines, habitual obedience, hierarchy, and all authority short of God. He suffered for his active intransigence. He lost his sight, alienated his daughters, and endured repeated denunciation. Hawkes pursues the theme of iconoclasm throughout Milton's writing, showing how it accounts for his advocacy of divorce and complete freedom of speech and the press, and cogently refuting the interpretive canard that Satan is the hero of Paradise Lost. Milton understood the difference between reality and representation, not least because his father and he were professional usurers, dealing in that foremost abstract representer, money, but knowing that only God deserves worship. In an age, the present, that has made an idol of money, Milton is more relevant than ever. Hawkes' thorough reading of his subject is everything that the new books about Milton's fellow multi-centenarian, Samuel Johnson, are not; to wit, an explanation of why his writing was and continues to be vital."—Booklist (starred review)