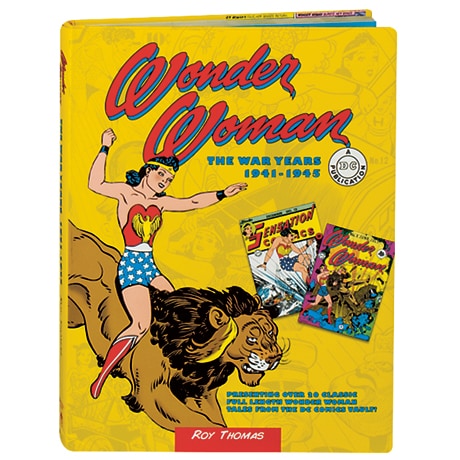 Introduced just months before America entered World War II, Wonder Woman was soon using her super speed, strength, and her Golden Lasso of Truth to bring peace and justice to a turbulent world, and became the first female superhero inducted into the all-male Justice Society of America. From her first appearance in All-Star Comics in late 1941 to her pitch in the spring of 1945 to help out the war effort by recycling waste paper, she saw more war-related action during World War II than any other costumed hero at DC Comics, determined to prove that her star-spangled shorts and eagle-emblazoned bustier weren't just for show. Beautifully reproducing original full-color pages, this anthology contains more than 20 full Wonder Woman stories from the DC Comics vault, representing her most exciting wartime adventures against master spies, super weapons, and, worst of all, unpatriotic Americans working for the enemy. The treasury includes Wonder Woman's first story as well as cover art, posters, and other artwork promoting the war effort, assembled and introduced by former Marvel Comics editor-in-chief Roy Thomas, who has written and edited major series for both DC and Marvel—many of them set during the war years.