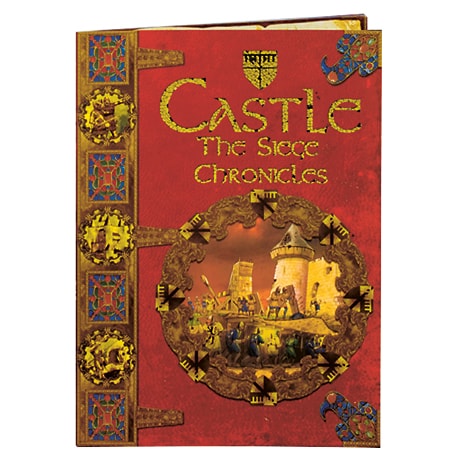 Travel back in time to the year 1203, to the famous Castle of Château-Gaillard, built by King Richard the Lionheart. But Richard is dead; his brother John is England's new monarch, and he finds himself at war with King Philip II of France. Château-Gaillard is now under siege—how will it be defended? Can the occupants hold out? What will happen to the peasants caught in the war zone outside the castle walls? Based on the diary of its commander, Baron Roger de Lacy, this book for readers 8 to 11 tells the true story of the siege, with captioned illustrations describing everything from catapults to the castle's kitchens. Mark Bergin's superbly detailed drawings—including foldout pages—offer a vivid, highly visual introduction to medieval life in Europe.