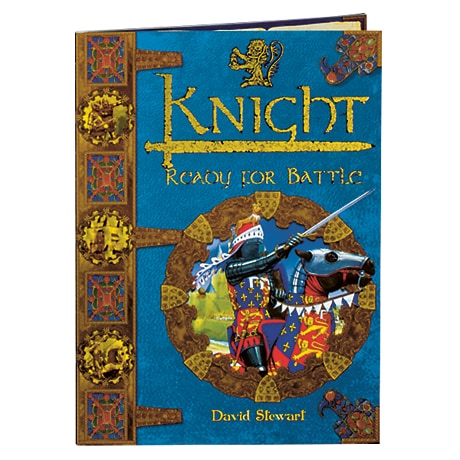 In the Middle Ages, life was dangerous and often short. How would you have survived? If you were a landowner, you might have become a knight, the professional soldiers of feudal Europe from the 11th through the 15th centuries. This book for readers 8 to 11 describes what it took to become one of these nobles; follow their training from page to squire to the final ceremony of knighting, swearing an oath to serve the king and uphold the rigorous code of chivalry. Examine their weapons and armor, and learn about the jousts and other tournaments that were a regular part of a knight's life, as well as the knight's role in attacking or defending a castle. Mark Bergin's superbly detailed drawings—including split and foldout pages—offer a vivid, highly visual introduction to medieval life in Europe.